Tad Lauritzen Wright is a Memphis-based artist whose work will be featured at the upcoming MEMFix event at Film Row on Saturday, September 24th from 11-5. Ride your bike to the event and test out his movie camera bike rack!

Tad Lauritzen Wright was born in 1972 in San Angelo, Texas. He now lives and works in Memphis,Tennessee. Lauritzen Wright is best known for his collage paintings, single line drawings, and word puzzle paintings. However, he works in a wide range of styles – using a variety of painting techniques, including collage, spray painting, traditional brushwork, and experimental applications of paint. Lauritzen Wright’s work has been shown extensively throughout the United States including venues like the Katonah Museum of Art in New York, the Arkansas Arts Center in Little Rock, the Brooks Museum of Art in Memphis, Scope Miami, Art LA, Bridge Chicago, and Pulse NYC. He has had recent exhibitions with the Cheryl Hazan Gallery in New York, David Lusk Gallery in Memphis, and at ACME Gallery in Los Angeles.

About his Film Row icons:


For the Film Row MemFix event I created film reel icons and antique camera icons to create identification markers for the area. Originally, a sculpture of a large camera was planned as a temporary element of the MemFix event. That sculpture was reconsidered and redesigned into a permanent installation of a movie camera that is also a bike rack.

Read more about Tad's work on his website.
Posted by UrbanArt at 7:37 AM No comments:

Lawrence Matthews III is a Memphis-based artist whose work will be featured at the upcoming MEMFix event at Film Row on Saturday, September 24th from 11-5. See his murals in person at the event!

Born in Memphis, TN in 1991, Lawrence Matthews III came from a family who encouraged him to be an artist from a young age. Being raised in a racially tense environment, his experiences and interests manifested themselves in his visual art. Matthews graduated from Germantown High School in 2009. After experimenting with different styles and influences, Matthews came into his own creating art combining Post Modernist, Pop Art, and contemporary influences to tell the story of the African Descendant living in America. His work ranges from oil paintings, to collage, photography, and ready-made sculpture, to music and film. A recent recipient of a Bachelor of Fine Arts degree from the University of Memphis, he has shown work in multiple group exhibitions around the mid-south. He was awarded “Best of Show” in the University’s 31st Annual Juried Student Exhibition in 2014. He also was awarded the Deans Creative Achievement Award and Department of Art Creative Achievement Award in 2015. In 2016 he was awarded the Arts Accelerator Grant from Arts Memphis. Matthews has also had many solo exhibitions spanning painting, photography, and installation.

About his Film Row Murals:
"All of my visual art deals with history, more specifically black and southern history. When asked to create art for Film Row, I knew a little but not enough I felt to create something special. I began to ask my more informed friends about the film history here and I was directed toward King Vidor’s film Hallelujah. What drew me to use material from the film in my work was the fact it was the first film to have an all black cast without the use of Blackface. It was also the second “talkie” ever, the first being Al Jolson’s The Jazz Singer. I was also drawn to the fact it was actually shot here in Memphis. Hallelujah is one of the only films of the time period to not portray African Americans in racist, stereotypical fashion. I felt like it was a crime that in all my time in Memphis I had never heard anything about the existence of this film. I strove to make something that not only honored this film and its historical significance to history but its creation in black communities in Memphis. I collaged book pages containing images and information from the Memphis Massacre in 1866 and as well as Memphis’s film and theatre history creating layers of history for the paintings to sit on. Ultimately I wanted to create something positive and beautiful that also told multiple layers of Memphis Film history in a way that reflects the communities surrounding Film Row."

Posted by UrbanArt at 8:20 AM No comments:

Khara Woods is a Memphis-based graphic designer whose work will be featured at the upcoming MEMFix event at Film Row on Saturday, September 24th from 11-5. Attend the event to take a stroll down Khara's crosswalks! 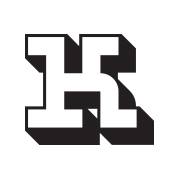 "I work as a freelance graphic designer designing logos and developing brands for a variety of clients. This year, for the first time ever, I rented a studio in the historic Edge district in downtown Memphis. I’m experimenting with paint and lettering. I have a keen interest in public art and I’d like to apply what I’m learning to projects that transform and reactivate spaces around my city to make living here, a little cooler."

Khara's Design:
"Inspired by the history of Film Row, I searched for iconic symbols and images associated with the film industry. I collected a bank of images like SMPTE color bars, clapperboards, film reel tins, which I felt would be easiest to translate into a design for a crosswalk. I was drawn to the simple geometric shapes found in these images. I chose bright shades of blue, orange and pink as my main colors. The recognizable shapes, patterns and bright colors should make the set of 5 crosswalks I've designed, the most fun and 'walkable' crosswalks in Film Row."

Posted by UrbanArt at 9:27 AM No comments: