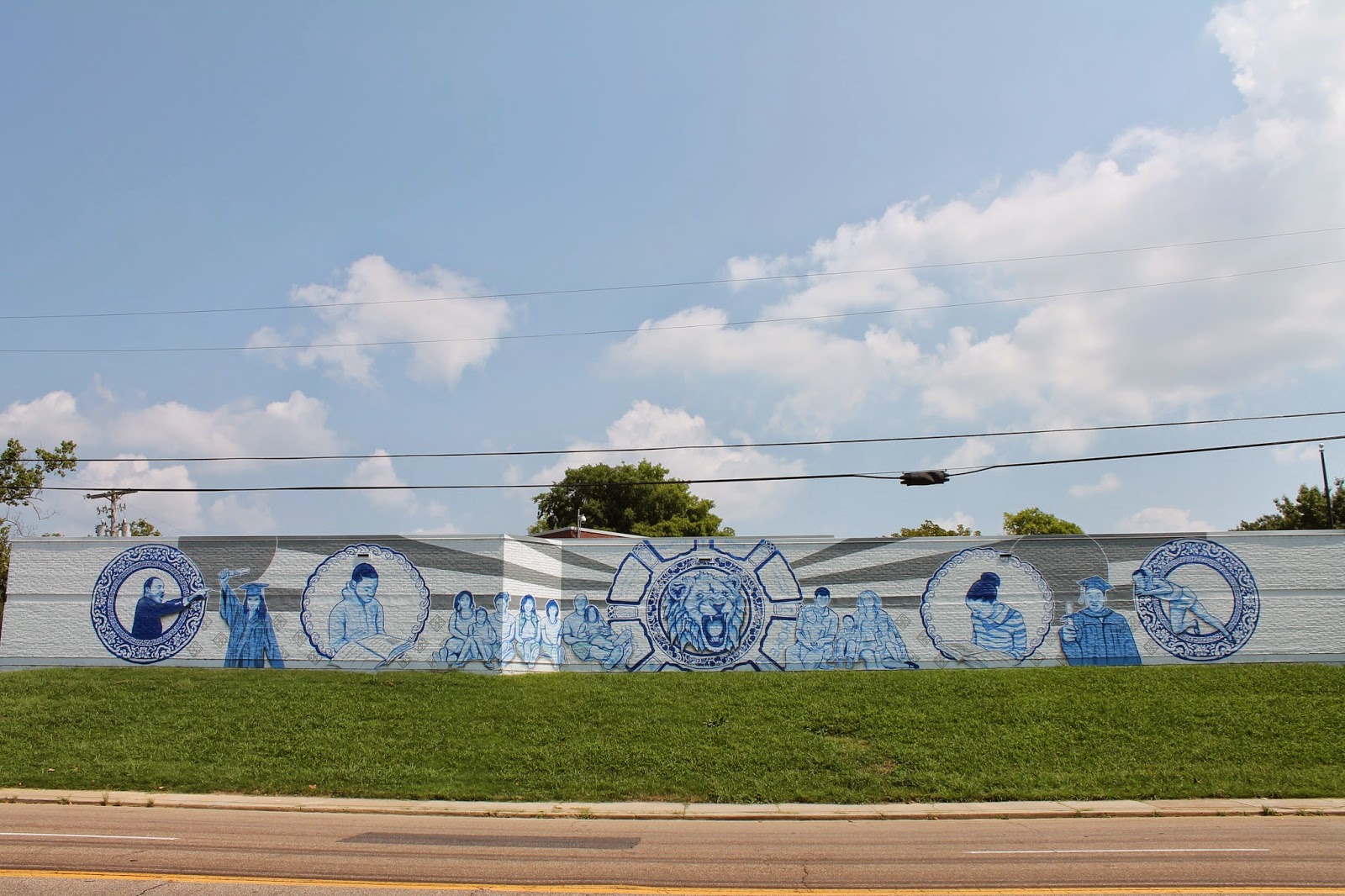 Reported by Alex Clementi in April 2014

Almost a full year after artist Brandon Marshall completed the District 7 Mural at the Greenlaw Community Center, the artwork is continuing to amaze the public. But as Greenlaw Community Center director April Golden mentioned in a recent interview, the mural is serving as much more than that: It is an inspiration to the community. As April explained, “we’re in the middle of an area that is basically being renovated. You have the old side and the new side…and we’re smack dab in the middle.” The mural, as she explained, inspires a sense of identity in the neighborhood. “It shows a positive side in what we’re trying to do for our community…and the neighborhood absolutely adores the mural,” notes April. She also emphasized the mural’s impact on the children in the neighborhood. “They comment the most, they love the mural,” says April, “They try and figure out if it is one of them up there.” In noting the positive effect and responses to the new mural, April Golden is keen to see more public art in the neighborhood.

Read more about the background, figures and symbols shown in the mural in the UrbanArt Commission's online Gallery.
Posted by UrbanArt at 11:40 AM No comments: