Metropolitan Bank Presents Emmett O’Ryan Award for Artistic Inspiration
Second annual award honors artist Anthony Lee
MEMPHIS (January 26, 2012):  Metropolitan Bank presented the second annual Emmett O’Ryan Award for Artistic Inspiration (the “Emmett”) to artist Anthony Lee during a reception at Metropolitan Bank on Jan. 25. The award, which honors Mr. O’Ryan, a founding board member of Metropolitan Bank, is given annually to an emerging artist recognized for his or her work and promise for future artistic significance. The selected artist receives a $2,000 cash award, and his or her nominating organization receives $500.
Anthony Lee is a sculptor and mixed media artist who has received two commissions from the UrbanArt Commission. In 2007 he was commissioned to paint a mural on South Main as a part of UrbanArt’s 10th Anniversary celebration.  Currently, Lee is in the process of completing his second commission with the organization, a sculptural work at Pierotti Park. His work brought national recognition when the Americans for the Arts Public Art Network identified his Modern Hieroglyphs mural as one of the top 40 public artworks created in 2009. Lee was nominated for the Emmett by the UrbanArt Commission.
Emmett O’Ryan was a founding board member of Metropolitan Bank and was an avid art collector as well as an artist. Upon his sudden passing, the bank wanted to create an award to honor O’Ryan and his contribution to the community. Because of his love of art, the bank decided to honor him with an award for an upcoming artist. The selection committee included Bill Carkeet, Oden CEO and ArtsMemphis board member; Jay Robinson, Emmett O’Ryan’s godson; and Metropolitan Bank associates Phillip May, Memphis market president; Joelle Rogin, senior managing director; Josh Huff, marketing director; and
Melissa Scott, group administrative officer.
“This award is a wonderful way to honor Emmett O’Ryan’s memory while supporting the work of an outstanding emerging artist in our community,” May said. “It was difficult to choose among the deserving nominees but, in the end, we thought the quality of Anthony’s work, combined with its direct impact on the Memphis community, was worthy of the award.”
ArtsMemphis-funded visual arts organizations are eligible to nominate an artist who is affiliated with them for the Emmett O’Ryan Award. Other artist nominees included Logan Hirsch, nominated by the Metal Museum; Eszter Augustine-Sziksz, nominated by Memphis College of Art; and Brian Pera, nominated by Indie Memphis.
“We are proud to help Metropolitan Bank spotlight and reward the talent of emerging artists working in Memphis,” says Susan Schadt, president & CEO of ArtsMemphis. “By bestowing this award, Metropolitan Bank nurtures Anthony Lee’s ability to develop as a professional artist.”
The award presentation took place at a reception at Metropolitan Bank’s East Memphis office. Bill Price, a metalsmith and lecturer at Memphis College of Art, designed and fabricated the award.
The Metropolitan Bank, the banking subsidiary of Metropolitan BancGroup, Inc., is a $560 million bank presently co-headquartered in Memphis, Tenn., and Ridgeland, Miss. After its successful acquisition of Bancsouth Financial Corporation and its subsidiary Bank of the South in 2008 and its acquisition of a Tennessee state bank charter, Metropolitan now operates six full-service banking offices in Mississippi and Tennessee. The Metropolitan Bank offers a full range of financial products and services, including private banking services, personal and business checking accounts, online banking and bill payment, mortgages, home equity lines of credit, custom construction loans, commercial and consumer loans, treasury management, remote deposit capture and merchant card services. For more information, visit www.themetropolitanbank.com.
Photos below of Anthony Lee's nationally recognized Modern Hieroglyphs mural on South Main in Downtown Memphis.  This project was commissioned by UrbanArt Commission as a part of the organization's 10th Anniversary Project: interactions/interruptions.  In 2009 Lee's mural was recognized by the American's for the Arts Public Art Network as one of the top 40 public art projects of the year. 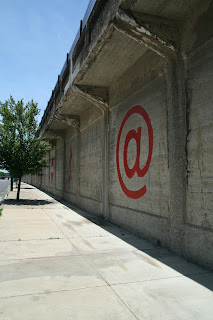 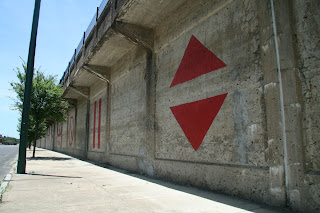 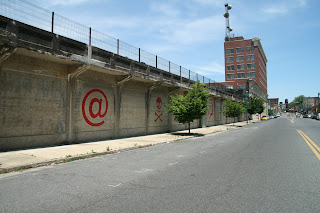 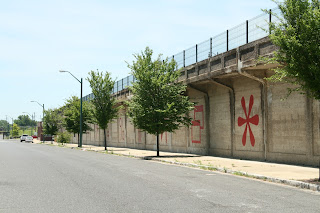 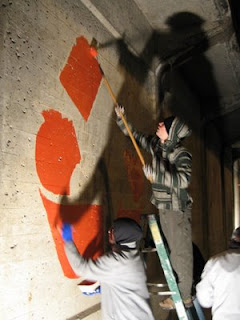 Stay tuned for updates on Anthony Lee's next public art project at Pierotti Park in the Raleigh neighborhood that will be installed later this spring.  Sneak peak photo of the project below. 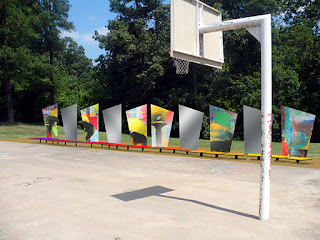